Taryn Power, best known to genre fans for her role as Dione in the classic "Sinbad And The Eye Of The Tiger" has passed away.

Power appeared on a few TV shows such as Merv Griffin and Mike Douglas and made a few movies such as "House Of Pleasure For Women", "The Sea Serpent" and the above mentioned film.

A very beautiful woman who made her mark in very few films. She passed away on June 26th, 2020 from leukemia at the age of 66. 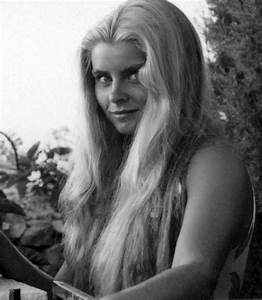