One of my faves from the Roger Corman films has died.

The beautiful Dalton started her career in 1957 appearing in several films for director Roger Corman. These included ROCK ALL NIGHT, TEENAGE DOLL and SAGA OF THE VIKING WOMEN AND THEIR VOYAGE TO THE WATERS OF THE GREAT SEA SERPENT plus CARNIVAL ROCK.

Her stunning beauty was also on display in films like COLE YOUNGER GUNFIGHTER, GIRLS ON THE LOOSE and STAKEOUT ON DOPE STREET. After appearing in a long line of TV shows she got a starring role in the series HENNESEY as LT. Martha Hennesey and then moved on to THE JOEY BISHOP SHOW.

A beautiful and talented wom,an who I had a crush on in my younger years. She will be missede by her fans, but at least we have her film and TV appearances to remind us of her. 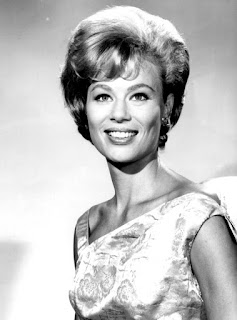 Posted by quatermass at Tuesday, December 01, 2020