The beautiful actress of "The Fifth Cord" has passed away.

Tiffin started her career in 1960 and quickly rose to fame in such films as "State Fair", "The Pleasure Seekers", "The Hallelujah Trail" and much more.

Her most famous role, at least for me was in the 1971 film "The Fifth Cord" which co-starreed Franco Neri. 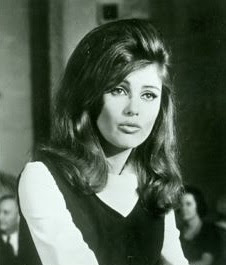 Posted by quatermass at Saturday, December 05, 2020