I'd heard about this film many years ago, but never got to see it until now.

Linda Gillen stars as Regina, a college student with very few friends and no life. One day after school she collects her mail and gets a suprise.

She has been invited for a getaway vacation to a place called Red Wolf Inn. She is very excited and leaves for the place via chartered air flight. When she arrives she discovers two other young women there as well.

Their hosts are an elderly couple, Evelyn and Henry Smith (Mary Jackson and Arthur Space). The Smiths have a grandosn who also lives with them named Baby John Smith (John Neilsen).

The three women, Regina, Pamela (Janet Wood) and Edwina (Margaret Avery) enjoy the quiet and they find that Evelyn is an excellent cook. The food she makes is almost too good.

This movie proves that you should never trust anyone. One by one the women disappear until only Regina is left and then she discovers the shocking truth. The climax is well done and is a lot of crazy fun. The end credits are presented like a menu and the final seen proves that the filmmakers had their tongue firmly planted in their cheek.

Bud Townsend handles the directing chores just fine and the cast is very good as well. I have seen Arthur Space in movies from 1941 up to his last role in 1981. A great character actor.

I liked this movie a lot and I really have to mention John Neilsen is perfect as the lightly demented Baby John. 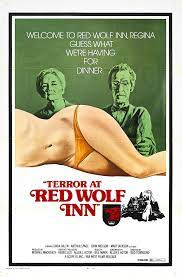 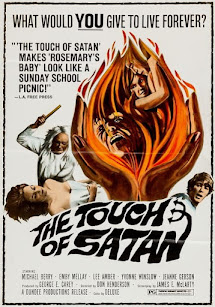 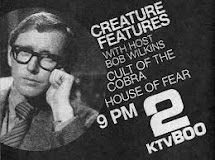