Another iconic actor has passed away.

Sid began his career in 1960 and was a huge part of my childhood because he seemed to appear in every TV show and movie I watched.

I first saw him in the original "Batman" TV show back in 1966 and I also saw him in "Man From U.N.C.L.E." and film "It's A Bikini World". But that was just the beginning.

But I really remember him from a string of films he made with gorgeous Pam Grier such as "The Big Doll House", "The Big Bird Cage", "Black Mama, White Mama", "Coffy" which is my personal favorite, and "Foxy Brown". With these films alone Sid proved what an acting genius he was. He acted so well with Pam that everything just flowed oh so smooth.

I am not really a fan of some of Sid's later work, but a lot of people are and they will remember him for that the most, but if I were to pick one single film that I will always associate with this man it is the 1964 horror film directed by Jack Hill entitled "Spider Baby".

We have lost one of our silver screen national treasures. Sid Haig passed away on September 21st, 2019 at the age of 80. 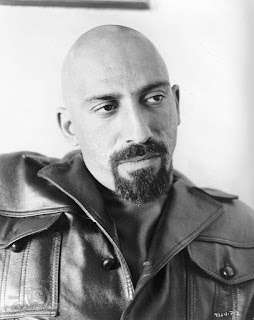