One of my favorite character actors has passed away.

Jan Merlin started his long acting career in 1953 working in TV on such shows as "Tom Corbett, Space Cadet" and "Robert Montgomery Presents" before moving into the movies.

His first film was an uncredited role in the 1954 sci-fi classic "Them" and then he started playing heavies and those were the roles that he will always be remembered for.

He was unforgettable in such films as "Illegal", "A Strange Adventure", "Cole Younger, Gunfighter" and many more. I think my favorite film he was in however is the 1963 western gem entitled "Gunfight At Comanche Creek" where he played the government agent helping Audie Murphy track down a gang of savage killers.

He also appeared on shows like "Time Tunnel" and "Voyage To The Bottom Of The Sea" because Irwin Allen could always count on Jan for bringing in a great performance.

Merlin was always a welcome face in any movie or TV show because you knew you'd get a top notch performance out of him. He passed away on Sept. 20th, 2019 at the age of 94. 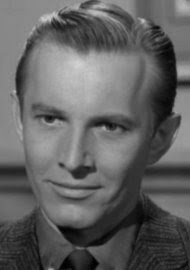