An outstanding episode of the British TV series "Out Of The Unknown".

Iain Gregory and Lesley-Anne Down star as a newly married couple, Eric and Diana Carver. They move into an old house and hope to start a life together.

Diana has sex problems because she is still suffering trauma from a violent rape when she was 15. This causes a bit of a problem, but Eric deals with it and he feels Diana will snap out of it soon.

Diana starts seeing a mysterious man in the house and Eric believes it's just nerves, but the sighting persist until Diana starts to act funny by walking in the garden still asleep at night, fainting and much more.

Eric calls in Dr. Philimore (Peter Barkworth) who deduces that a ghost is haunting the house and that it is very dangerous. It turns out to be the ghost of the man who raped Diana years ago.

Diana who was very standoffish about sex with Eric now wants him to be brutal and rough with her. Eric decides to just leave as he cannot cope with this.

This leaves Diana alone in the house when he ghostly lover comes a calling. What an ending!! The "Out Of The Unknown" series started out as a science fiction show, but then went more to the supernatural.

There are not many episodes of this series left as the video tapes were erased by the BBC to save money. Lesley-Anne Down was 16 when she made this thriller!! This is an excellent example of British horror. The quality from Sinister is beautiful. HIGHLY RECOMMENDED!! 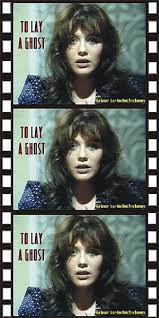