A strange one I stumbled on. It had so much potential.

A former model named Rhonda (Danielle Scott) who feels she has been cheated out of her job by other younger models decides to set up her own agency.

She goes about hiring people for behind the scenes including a cameraman who worked for a man who treated her like garbage when she was posing for him.

Veronica is killed on her way home, Lisa is suffocated during a shoot and then we discover that Rhonda is killing these young women in revenge for the crimes she believes were inflicted on her.

This kind of story had so much potential to be so much more, and it falls flat. The acting isn't too bad, but the story development is too slow and often confusing, and it does not make itself too clear.

The one bright spot is Barbara Dabson, a stunningly beautiful young woman who is the standout of the actresses. Check it out if you're curious, but otherwise stay away. 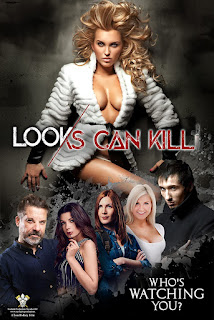